We would like to thank everyone who came here to visit the homepage of Korea Wind Energy Industry Association. 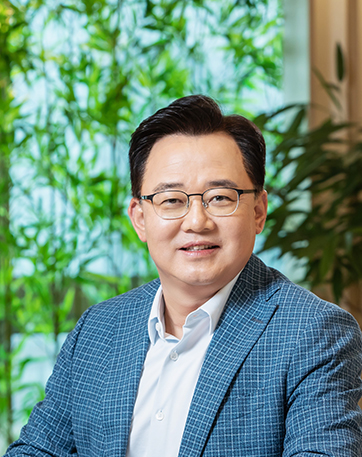 Over the past 20 years, the global wind power market has grown at a surprisingly rapid pace. In the early 21C, wind power was not considered as a major source of energy in the global energy market. However, it has recently become one of the most competitive major energy sources. Along with the already highly advanced (technology-wise) onshore wind power, many countries and international organizations around the world have declared offshore wind power as the 'Game Changer' for future energy conversion. Experts are also predicting that wind power will play a key role in implementing a 'low-carbon economy' and a 'net-zero future' as an eco-friendly, clean source of energy.

As a major exporter and a country that is surrounded by the sea on three sides, the implementation of wind power is not an option, but a necessity in Korea. The world is already moving toward a low-carbon economy, and leading global companies such as Apple and Google are trying their best to use products that are produced using renewable energy sources. In short, the world is approaching a new era of protectionism, focusing on the climate & environment. It is also safe to say that considering the geographical conditions of Korea, wind power is definitely the most efficient source of renewable energy in terms of power production per unit area.

The commercial operation of wind power generators in Korea first took place in 1998 at Jeju Island (600kW). Compared to other leading countries, Korea is still in its early stage of development when it comes to wind power. However, many believe that we will be able to produce noticeable results in the near future since the government and private sector is constantly working together to expand the supply and develop the wind power industry.
Wind power is a highly advanced technology-based industry with an extremely high future value. It is also an industry that can create great synergy with other industries and has the potential to greatly boost economic growth. In fact, we have secured global competitiveness in some items, and we have recently started exporting substructures & cables for offshore wind to other countries. We are confident that we will grow into a key industry that can revitalize local economies and increase profits for both the residents and local governments.

Now, our industry must need to grow to sustain our growth based on the domestic market, while establishing new foundations for overseas expansion. Since our establishment in 2010, the KWEIA has faithfully played a role as a key representative of the Korea wind power industry, always listening to different opinions inside and outside of the industry, to expand the market and help the industry to develop. As we have made every possible effort to foster the Korea wind power industry through networking, cooperation & communication, we promise to make every effort to make another leap forward in the wind power industry, the key role of renewable energy.

To all the respected members of the KWEIA, the development of our industry and association requires the active participation and cooperation of all our members. We would like to ask for your continued support and cooperation.